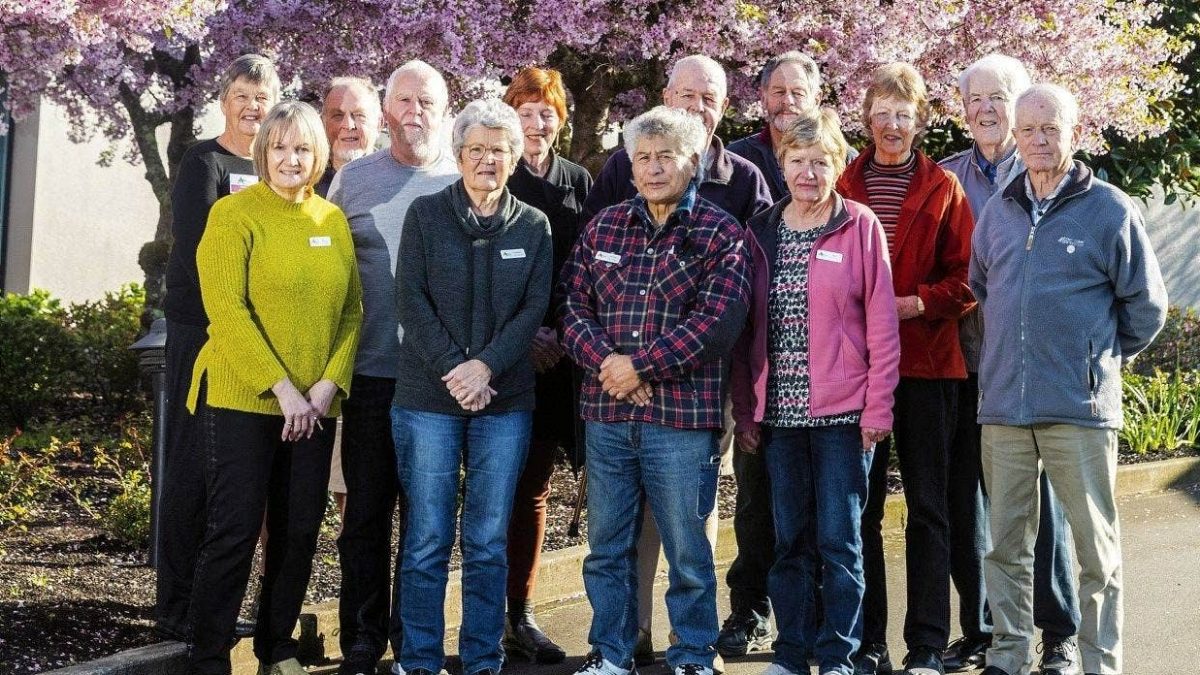 Every room in Arohanui Hospice looks out into the extensive gardens that surround the facility. From almost every window, you can see the lovingly maintained landscape which is positively packed with flowers, fragrance and foliage.

Arohanui Hospice’s volunteer coordinator Jill Rolls says that patients and their families frequently mention how much comfort and resilience they have drawn at a stressful and sad time from spending time in such a beautiful, peaceful space.

Local woman Karen Morley is one of the 33 volunteers who help maintain the hospice grounds, and she has been helping in the gardens there for more than 16 years.

One of the reasons for the variety on display is that the large gardens are actually divided up among the volunteers, who maintain a specific space – larger or smaller depending on their availability and energy. “Your patch might be as big as your lounge,” Morley says. “Or twice the size of your whole house footprint. And so people put their own imprint on their patch. They bring in stuff from home, or buy things that they think will look nice. They put their heart into it.”

…People put their own imprint on their patch. They bring in stuff from home, or buy things that they think will look nice. They put their heart into it.

“It’s a very friendly and chatty group,” Morley adds. “Everyone helps each other. And you’re proud to think it might help other people too.”

This story was originally written by Jo McCarroll and published 4 November 2021 on stuff.co.nz. Photo credit to David Unwin.