Memory of volunteer honoured with new car for Hospice

How Arohanui’s Community Team Can Help

Memory of volunteer honoured with new car for Hospice 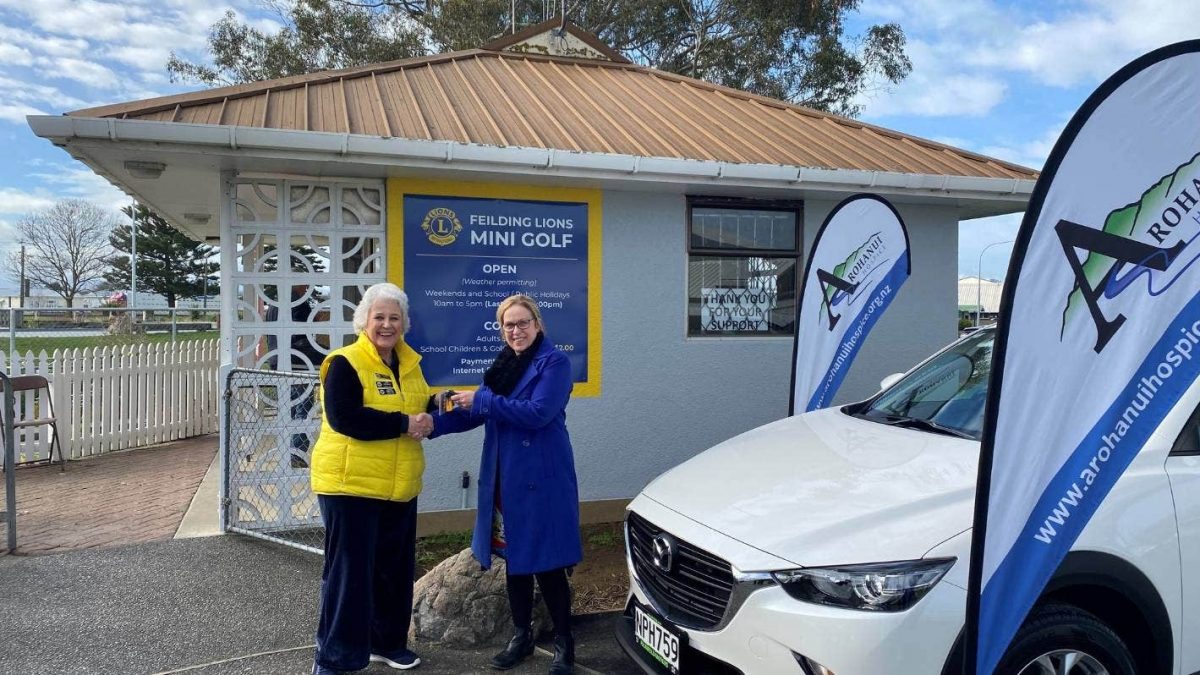 Feilding Host Lions club president Marilyn Bulford hands over the keys to Clare Randall for a car being donated to Arohanui Hospice.

A Manawatū Hospice have an extra car in their fleet, to assist with house calls, thanks in part to a community volunteer who received their care. $15,000 towards Arohanui Hospice’s new Mazda 3 was paid for from profits of the mini golf course managed by Feilding Host Lions Club.

The hospice cared for club member Barry Masters​, 81, before his death in March from prostate cancer. Masters had been the stalwart and director of the mini golf since 2013. Club president Marilyn Bulford​ said he had been “dedicated beyond belief, even at the end”.

The club raised $40,500 during Masters’ final year, and the money was divided across social services that “covered all ages”, she said. Barry’s widow Janet Masters​ attended a morning tea at the mini golf course on August 11 with their two daughters.

“He was always here until he couldn’t do it anymore,” she said. “Every night over the school holidays he’d go to the course to check that the lights were turned off, and it was locked up.”

Hospice chief executive Clare Randall​ said the number of clients they cared for fluctuated, but they were caring for 200 people in the Feilding area. In the past year they had made over 6000 house calls.

“Having a reliable, suitable vehicle is necessary… we’re lucky to have Palmfield Motors looking after us, and Lions does a fantastic job at looking for charities to support.”

Palmfield Motors paid for the balance of the vehicle, which retailed from $36,900.

This article was written and photo taken by Sinead Gill, and was originally published on 17 August 2021 in the Manawatū Standard. You can see the original article here.