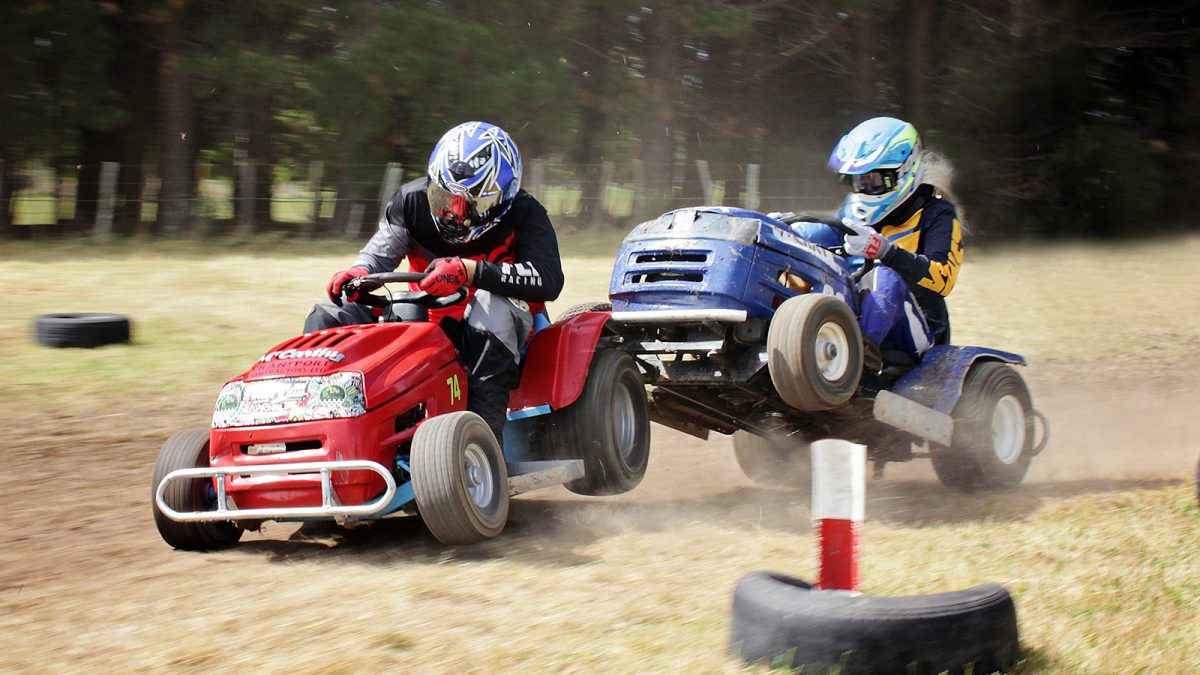 It started as a bit of fun tearing around a paddock on a ride-on lawnmower. Now, Alan Gray’s lawnmower race has grown into an annual fundraiser.

The Eketāhuna Lawnmower Racing Club’s racing event was held in one of Gray’s paddocks on Saturday as a fundraiser for Arohanui Hospice in Palmerston North.

Twenty-three riders raced their lawnmowers around the paddock and more than 250 people attended. The lawnmowers are dedicated to racing, don’t have mower blades and can reach speeds of more than 70kmh.

Raising money for hospice has extra meaning for Gray, because his wife Megan died from cancer last year, so Gray saw firsthand the work the hospice does.

The first year the event was a fundraiser for the Cancer Society while Megan was ill, and the past two have been to raise money for hospice.

Now, riders from other parts of the country had committed to racing at Eketāhuna in the second weekend of March every year.

“We did it originally just as a bit of fun,” he said. “Me and my mate thought we’d race up and down the paddock and be idiots.

“We formed the Eketāhuna Lawnmower Racing Club as a bit of fun and we’ve got about nine mowers in our club full time. Six of them are class one and another three are putt putts.”

He said the event had grown every year and estimated they raised more than $2000 this year.

“It’s a good thing and we want to put it out there. Next year we want to double the amount we get.

“We aim to keep making it bigger each year. What else do you do in Eketāhuna? You may as well do it, eh?”

“Every dollar contributes to hospice’s essential fundraising to continue free-of-charge specialist palliative care for local people living with a terminal illness, including support for their families,” she said.

“Whilst partially [district health board]-funded, Arohanui Hospice needs to raise over $2.82 million this financial year, which works out to over $54,000 every week, so every fund-raised dollar helps.”

The Eketāhuna Lawnmowing Racing club has meetings on the second Sunday of every month.