Your Story: “A little piece of paradise”

For most people being at home while they are on their end of life journey is important to them; this is no different for Andy and it’s easy to see why.

Andy and Tracy live in the old Raumai School which has been uniquely transformed into their home. They have over the years, shared their beautiful property with their children whom are now all grown, and some lifestyle pets, including kune kune pigs, turkeys and chickens. The outlook and surroundings are simply picturesque, a feast for your eyes.

Andy and Tracy met in 1998 at Massey University where they were introduced by a mutual friend and colleague who suggested they should help each other with babysitting as they were both solo-parenting at the time. This arrangement worked very well. Six months on and the two families went on a holiday and from there the families blended.

In July 2020 Andy’s GP sent him for a warrant of fitness and general check up at the hospital. Andy, aged 70, went in feeling “as fit as a fiddle.” The results were not to be so positive, discovering that tumors had grown on his lungs. Upon further investigation they discovered Andy had kidney cancer; he was diagnosed with renal cell carcinoma and it had spread to his lungs. Andy had a couple of pre-existing conditions which included kidney disease and chronic obstructive pulmonary disease. As a result of these pre-existing conditions there were limited treatment options available. Andy received targeted medication which was effective until October 2021. At this point they were offered immunotherapy as a treatment option, but after weighing up the pros and cons, opted to enjoy their summer instead. On 17th January, Andy had a seizure at home and, as a result of this, they were told that Andy’s cancer had spread to his brain.

This was when Andy was referred to Arohanui Hospice. At the time he said, “I was feeling fairly ok, asymptomatic, but not as good as I used to be.” Andy lost mobility very quickly and had a couple of falls. He was admitted into the hospice inpatient unit where he spent a week to stabilise his symptoms. When asked about this experience, Andy and Tracy share how pleasantly surprised they have been. “Andy was reluctant to go to hospice; you hear that people go in and never come out,” said Tracy.

Andy continued, “I was expecting something out of Florence Nightingale… it’s not like that at all.” Having utilised various areas of the service the pair have appreciated the ease of navigating this challenging journey with the support of the hospice team. “You have a mantra where you need to make an informed decision, which you have no idea how to do, hospice provides the link between the different systems to be able to make sensible decisions. This was a stand out for me,” explained Andy. Tracy spent two nights in hospice with Andy as she was finding it incredibly difficult to leave him. With tears in her eyes she talks about the support she received, “The nurse just made me a bed, made me cups of tea. I stayed 2 nights, I slept so well.”

Along with the inpatient unit, the pair have had support from specialist doctors, palliative care community nurses, lymphodema therapist, and assistance from the family support team, who have helped with a visa application to get their daughter-in-law out from the USA. Hospice also arranged home health support through Healthcare NZ. While in the inpatient unit, Andy longed to be home by Sunday. All the medical team knew this, and everyone worked towards this goal. The pair belong to a ‘Long Lazy Sunday Lunch Club’. Every two months they catch up and take turns hosting. It started 5-6 years ago, with 6 other couples in Pohangina. Much to their delight Andy made it home for his long lazy lunch where Tracy, Andy and their friends cooked an Indian banquet.

Throughout this journey Tracy has been particularly grateful for the support she has received as Andy’s main carer. “I am not a medical person, or medically trained, it’s been comforting to be able to pick up the phone 24/7, and know that a nurse is there to talk about the problem and help solve the situation. They always end the conversation telling you how amazing you are, and ask how they can help you. It is comforting to know someone is genuinely caring about us,” expressed Tracy.
Although unwell Andy still has an incredible sense of humour. After sharing how his appetite has increased due to the steroids he is taking and expressing how lovely his experience has been with Arohanui, he suggested a new fundraising activity. “If you get stuck for fundraising you could start up an upmarket Airbnb, the hospitality is fabulous and the food is delicious,” said Andy. On a more serious note he continues, “I think I have learnt with their help, just because you’re a bloke doesn’t mean you can’t cry. I’m still not fluent in it, but I found that very valuable.”

The pair discuss how beautiful the rooms are. Tracy says, “For some people these rooms in hospice would be the nicest place they have been in the world.” Andy follows that up with a beautiful closing statement.

“There’s a little bit of paradise in Heretaunga Street, it’s a beautiful lovely place to stay and be looked after.”

What is comforting for the pair is the knowledge of what hospice is really like, and that if required, Andy is happy to revisit the inpatient unit, giving them both peace of mind.

Since writing this story it’s with sadness that we report that Andy died peacefully at Arohanui Hospice with his beloved wife Tracy, by his side. 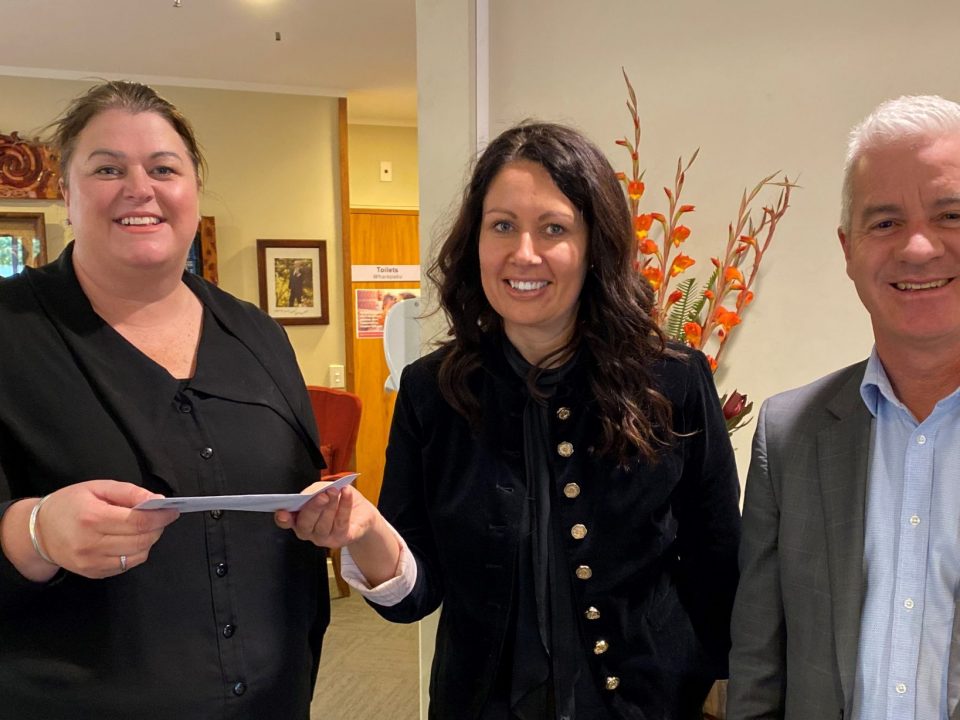 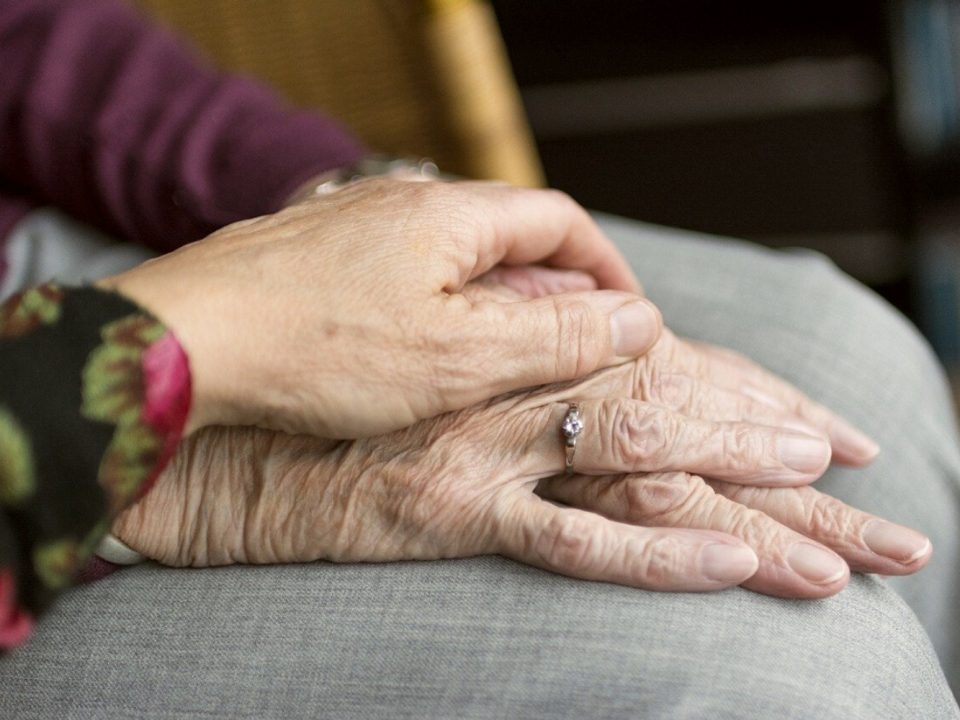 Celebrating a lifetime of service 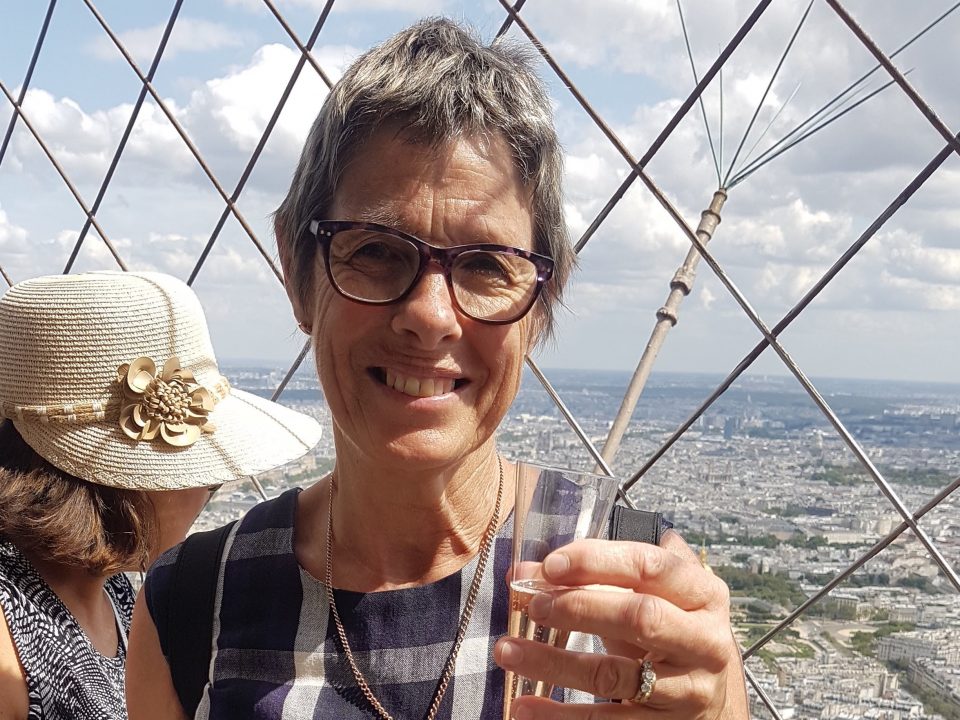